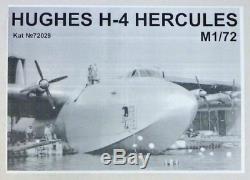 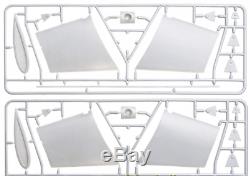 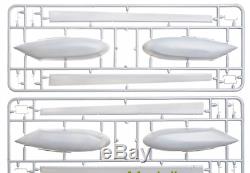 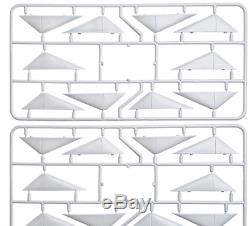 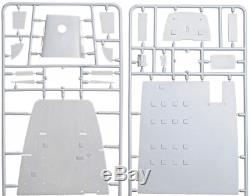 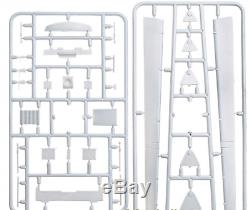 This 136-ton aircraft, originally designated as NK-1 and received the unofficial nickname Fir Goose, was the largest flying boat ever built, and its wingspan still remains a record - 98 meters. The Hercules plane, piloted by Howard Hughes himself, made his first and only flight on November 2, 1947, when he flew up to a height of 21 meters and covered about two kilometers in a straight line over the harbor of Los Angeles. 1 frame made of transparent plastic (cabin lamp). Scheme for painting the model. Detailed instructions in English and Russian. Any product you return must be in the same condition you received it and in the original packaging. We do have own warehouse. Condition: New in Box ---The length of the model in mm: 751 ---Wing span, mm: 709 Tu-114 "Russia" (NATO: Cleat) - long-haul turboprop passenger aircraft designed in the Soviet Union in 1955, based on the Tu-95.

This item can be shipped worldwide.